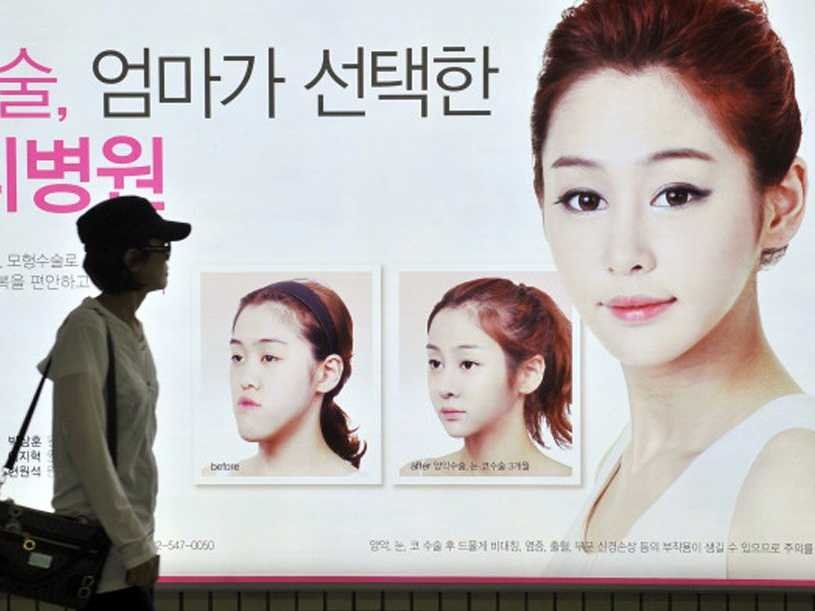 Note: Have you ever heard these punchlines in your life before?:
“Hey, I’m going to start looking for jobs after graduation, so I’m on a diet. I won’t get hired looking like this!” (girl one year my junior)
“I think the girl we just passed did her nose” “No, no, no, she did her eyes too” “And some fat in her forehead too” (my friend and I)
“This stop is Hyosung Elementary School – If you are headed to Beautiful Face Plastic Surgery, please get off here” (broadcast on the bus)
“Where did she do it, her with the perfect face?!” “She did it at XXX clinic, I must go there too!” (advert on the subway)

Plastic surgery often makes its way into daily conversations in Korea.
Not necessarily because you’re considering it, but because you see it and hear about it every single day. On the subway, on the news, and most notably, on the people. As an example I have gathered a review of how often plastic surgery popped into various conversations in my life over the past few weeks:

Apgujeong is the Mecca of International Plastic Surgery – In fact, they ought to rename at least one street “Plastic Avenue”, “Fake Boobs Avenue”, “Seriously – You Think Her Nose Is Real? Ave.”, or something in the like. Since a few years, the number of Chinese tourists coming to Korea for a makeover have increased dramatically, and many clinics now place adverts in Chinese on Line 3. “So, if your Chinese girlfriend looks too Korean… you might want to check if her passport’s been stamped with a Korean visa” was a joke I was recently told.

Now, simple surgeries such as the double eyelid, and the eye enlargement procedures aren’t even considered plastic surgery here anymore. They are too common. When I came back to Korea in my last year at middle school (Grade 9), one girl had her eyelids done as a “present for graduating from middle school”. It starts that early. In university I met a girl majoring in PE, who suddenly disappeared, and then then messaged me, saying “Please remove pictures of me we took together in our freshman year from Cyworld (Yes, that’s when we still used Cyworld over FB!)” – of course, she had gotten some work done.

Clinics also advertise heavily on the buses and the subway. Popular slogans include “Mom’s Choice” “For your beautiful life” “Change! Now” “Psst… don’t tell anyone you did it here. No one will know if you don’t tell”, and so on. Some have gone as far as to pay the public transport to announce things such as “This stop is AAA Elementary School – If you want to go to Beautiful Face Plastic Surgery, please stop here” (Isn’t this the epitome of disturbing advertising?)

The saddest part is that the plastic surgery frenzy is not limited to those who make a living from their looks – celebrities, models, escorts, prostitutes, and so on. It’s ordinary people who are in the zone for the most part. So why do they take the risk and the costs related to these procedures?
I think it’s the competitive nature of Korean society. Everything is a competition here – your work skills, your travels, your family life, and your physical appearance. “Oh, that colleague of mine went to Guam last time, I must go somewhere equally exotic!” “My friend’s son got better grades than my daughter. Must send her to an extra tutoring session!”.
The most strange sub-phenomenon in my eyes is that women undertake basic surgeries to land administrative jobs. “Well, it can’t hurt to look good at the interview”, was one possible explanation a friend provided (she did not have anything done herself). Korea has such a highly educated general populace that too many qualified people are fighting for the same jobs, and therefore things that are not directly related to work performance start to weigh in, simply because on every other scale, too many candidates are equal (I will elaborate on exams and Korean society in the future). I can personally vouch for this phenomena, as I have worked intern jobs at two of Korea’s most competitive companies, and witnessed for myself that everyone was fit and quite good-looking, and well-groomed. 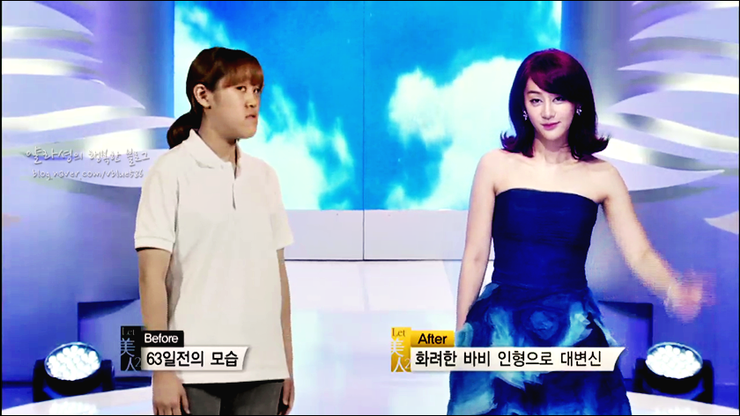 The frenzy has even given birth to a make-over program, called “Let Me In” (Let 美人), also meaning “Let Beautiful Person”.
Anyone can send stories of their lives, reason why they want the make-over, with photos of themselves for a cosmetic package deal.
Famous cases include the woman in the above picture, 21-year old Heo Ye-Eun, born with an abnormally large jaw. Other makeovers include Chinese national Gu, a woman with abnormally large breasts, etc.
Most of these cases have been dubbed “good surgery practice”, since the participants suffered from conditions which deeply impacted their self image and social interaction.
Several participants have started modeling afterwards.

If people are born with features that severely distract them from interacting with the outside world, it may be a problem. Like the contestants with extremely protruding jaws – I bet they had trouble chewing food, and speaking impeccably as well. The issue is that, the surgeries invented for correcting jaw mis-coordination (양악) are being used to simply make the jawline slimmer. A good case of this is Park Bom – who seems to be addicted to surgery as of late. If you listen to her perform live, you can even hear her voice has changed slightly, and that she’s having trouble pronouncing properly. Not to mention the young woman whose story pops up every few months – went into surgery to get her jaw shaved, lapsed into a coma/ can’t talk anymore because of complications / died… Even though the procedure is extremely dangerous (they flip half your face open wide, saw off bone, and then patch you up again), and is supposed to be reserved only to those with seriously uncoordinated jaws, it’s become a fashion surgery costing upwards from 10 million won ($ 10,000)

Pictured below is a photograph that went viral in January 2014 and tweeted by The New York Times. Apparently a clinic posted it on the Web boasting how many jaws they’ve shaved. The…”display” has since been removed from the hospital, and the hospital fined 3 million won ($ 3000) for inappropriately disposing of medical wastes. 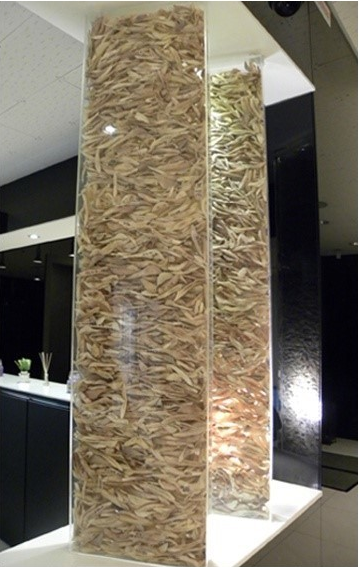 It’s sad that I have this knee-jerk reaction when I see a good-looking Korean woman:

1. Think “wow she’s really gorgeous”
2. Start to analyze her face discreetly
3. (Most often) Oh, Nose. Chin. Eyes. Forehead. Jaw…
4. (Sometimes) Hmm. She looks natural. She must have a really good surgeon.
5. (Rarely) Wow, I think she is a natural beauty. Amazing. Hope she doesn’t start doing anything to her face now.

Unfortunately I’m not close friends with anyone who had major work done, and couldn’t get an interview. If in the future I get to hold a decent conversation with one, I’ll post it here for sure.