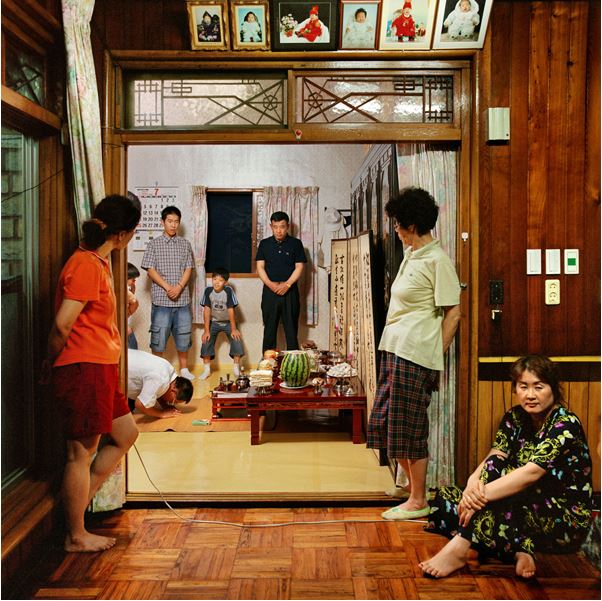 My grandmother is by all rights a very progressive lady. All her four children married through love . She’s been to Paris, LA, Norway, the Philippines, and even to Russia. One of her granddaughters is going to marry a Japanese man, and she’s okay with that. She told all her daughters and all her granddaughters “Women need to get jobs now. Otherwise nobody will respect you” instead of “Be a good wife”.

But it’s when she says the following things that I realise the power of patriarchy drilled into all of us born and raised in Korea:

– “He (my male cousin) wants to learn to make kimchi? Why? He has no need for that”

– “She (some random neighbour’s daughter) is getting married for the second time, so you know, she’s not very clean, but she is a lovely person”

– “You (me) are like a man! Fixing electricity and the plugs around the house…just like your mother!”

My male cousin has been wanting to learn how to make kimchi for about 3 years. He says that since he’s Korean he should know how. I, on the other hand, have absolutely no interest in learning to make kimchi because, well, I’d rather use those 6 hours doing something more fun, like fixing the bulbs and plugs that don’t work (also, I can buy kimchi at the store). My cousin has no interest in fixing bulbs, and he probably never has fixed on in his life.

It’s changing, but there’s no denying how deeply rooted these prejudices and customs are. In Lee, Sunja’s house#1-Ancestral rites, Lee Sun-Mi shows how women are excluded from jesa, ancestral rites. According to Joseon customs, women were not registered in the family heritage books, and although they did all the cooking, they could not participate in jesa or eat together with the men – they had to eat in the kitchen where there were wooden furnaces until the 1950s, and even after that, kitchens were always designed to be smaller than living rooms, where the men would eat. All the good food went to the men first, and women could only eat leftover meat, fish, or poultry (if there were any).

My grandmother is a prime example of the social confusion that exists in Korea. She thinks both patriarchy (which she equates with customs, respect and tradition) and women’s participation in society are right (which she doesn’t know includes modern feminism). And when these two collide, she thinks both sides are right, but eventually gives in to patriarchy, simply because she’s more familiar with that.

This happens every year during Chuseok, Lunar Thanksgiving (September in Korea). My uncle and aunt are both journalists, and they both work very busy jobs. They can only spare one or half a day. My aunt usually doesn’t come to help with the cooking. And every year, even though my grandmother knows my aunt has a very important job at her company (she understands this because my aunt brings her Estée Lauder and Louis Vuitton) she complains that she is “a bad daughter-in-law”. My aunt also has never cooked in her life because she’s always worked. So she’s “a bad wife because a wife must cook for her husband”. My uncle, on the other hand, goes off hiking as soon as he gets to my grandmother’s. He’s there during jesa, and right after that, he goes off to meet his buddies and drink. But that is okay “because it’s his duty as a man to socialise”.

My grandmother does not mean to undervalue women. She loves her granddaughters, but she respects her grandsons. That is the minor difference.