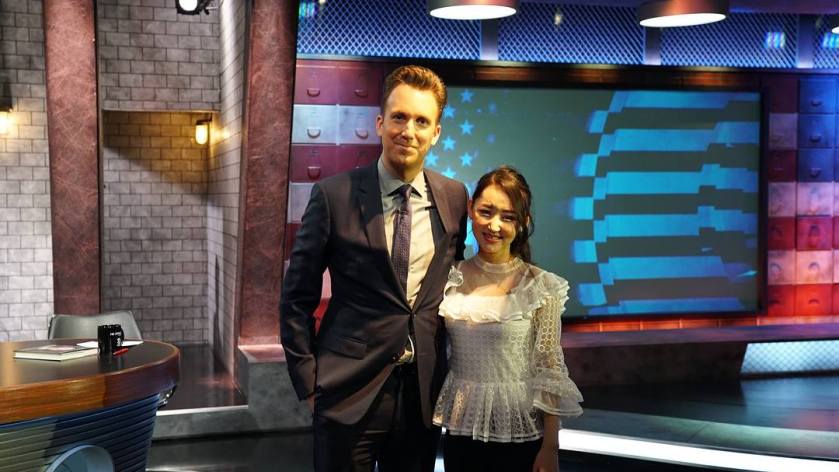 Follow this link to view the video at Comedy Central.

Yeonmi Park is the first North Korean defector to speak on Comedy Central, on Jordan Klepper’s The Opposition (Link). No, she isn’t debuting her career as a stand-up comedian. The humour game is subtle and strongly lined with political messages.

She discusses her disappointment at the Kim-Trump Singapore summit on June 12th, her life in North Korea being taught to “hate American bastards”, and feeling confused at the idea of people being able to love anyone else besides the Dear Leader when she saw the movie Titanic for the first time. When asked what pushed her to leave the country, she responds: “hunger”. She shows solidarity to displaced peoples by saying “Refugees are people too. No one should be punished for their birthplace”, and warns that “freedom is not free – we have to fight for our freedom”.

Ms. Park has already expressed her disappointment at the June 12th summit on Foreign Policy:

And in a powerful video Opinion piece on the New York Times:

“When I saw the President of South Korea hugging Kim Jong-Un, I asked myself: Would he do the same with Hitler?”

“Kim is clever. He is using this moment to sanitize his global image, and prove how supreme he is at home. I’ve seen this show before”