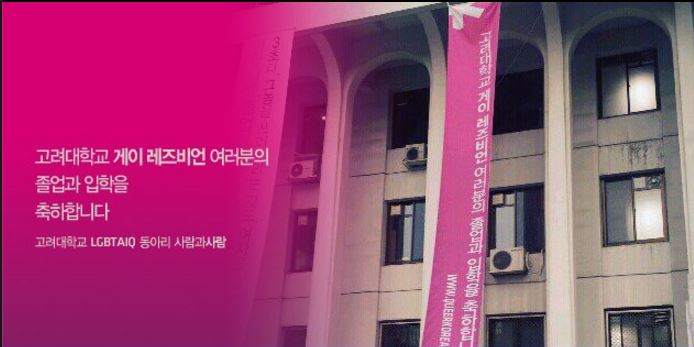 Korean LGBT folk have it pretty bad. In fact, they’re not too surprised to be targeted, teased, or discriminated. It’s just the way things have been, and continue to be.

In fact, a gay friend told me that back in the early 2000s when he was in university, LGBT societies would get student Christian groups gatherings in front of their club room, sprinkle holy water on their door, and sing gospel songs “in order to save those poor souls being led astray by Satan”. This doesn’t happen anymore, maybe due to the fact that since then, LGBT societies would be given “anonymous” club rooms on campuses, disguising their namecards on the door or by merging many of their activities with the women’s rights groups.

But university LGBT societies have constantly been unable to even welcome newly admitted students, like many other societies and clubs do – mostly because some crazy individuals acting in the name of the Christian religion keep vandalising their posters and placards. Although this is not the first time such an event has occurred, this year’s vandalisation at Korea University was covered rather extensively by the media, including KBS, Yonhap, and Herald Daily. 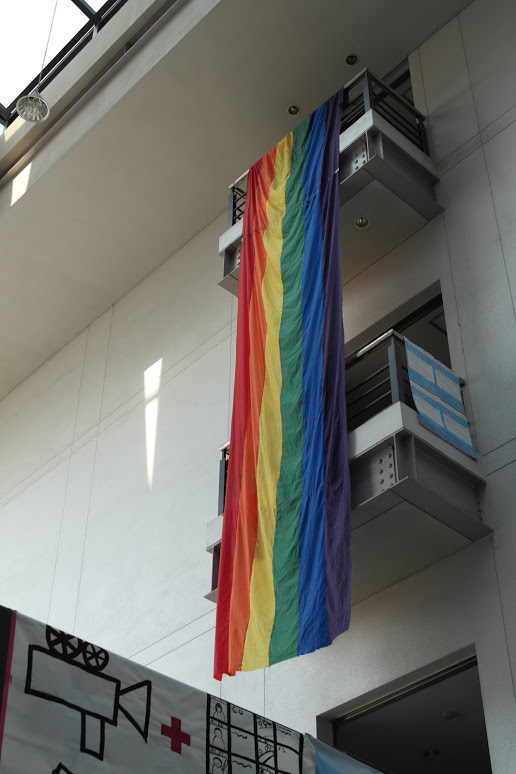 An unvandalized welcome flag at Ewha – but for how long?
Image source: You and I, a webzine published by the LGBT Human Rights Association

Ewha Women’s University’s society, “Byun-nal” has in particular had a noteworthy experience when, around 2010, their campus posters were torn to pieces. Fortunately, the process was caught on security cameras, and the attackers were found to be members of a Christian society on campus. When faced with charges to compensate for the posters, the Christian club refused to even reply to the demands, and after several attempts, stated that “the member in question has since withdrawn themselves from the club”.

It can be difficult to report and receive help from university authorities, who allow LGBT societies to exist as official university organizations, but do not want to engage too much. Furthermore, in order to keep their anonymity, many students are reluctant to face the university authorities and file a complaint in person, which is much more effective.

Many prominent businesspeople and government officials, as well as celebrities, are hesitant to reveal their sexuality, and will simply keep living “single” lives (much like the “bachelor uncles” described in the Family Secrets: Shame and Privacy in Modern Britain by Deborah Cohen).
In 2008, the first-ever lesbian candidate to present herself at the general elections, Choi Hyun-sook, published a book on her attempt at a political career – it is worth noting that Choi was previously married to a man, and had two children with him. And if any of you have been to Pulse, Itaewon and Korea’s most prominent gay club, you will see male celebrities hanging out there every weekend, yet never revealing their sexuality to their fans.

As the Korea Queer Festival celebrates its fourteenth year in 2014, the Anti-Discrimination Law encompassing sexual identity and preference, race, gender, ethnicity, physical appearance, marital status, is still drifting in the doldrums at the National Assembly.