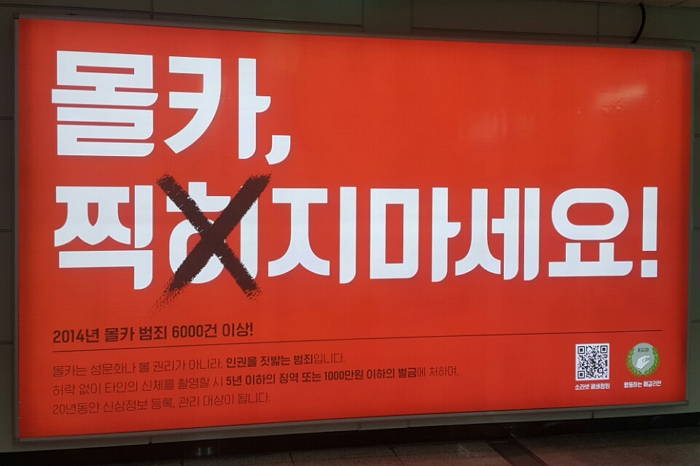 Soranet, Korea’s biggest pornographic website with over a million registered users, has come under fire several times during its 16-year history. The website, launched in 1999, has been crucial in distributing pornography, but also in encouraging and even brokering illicit activities.

Its ability to keep avoiding legal action by constantly changing domains names and servers has kept it from being shut down, as it effectively stands outside the jurisdiction of South Korean law. The administrators announce its new domain name through Twitter – and so help tens of thousands of Koreans, mostly male, evade the Warning Window that blocks any pornographic website based in Korea (this system is highly ineffective, since most sites including Soranet have their servers in the US and VPN connections are on the go). 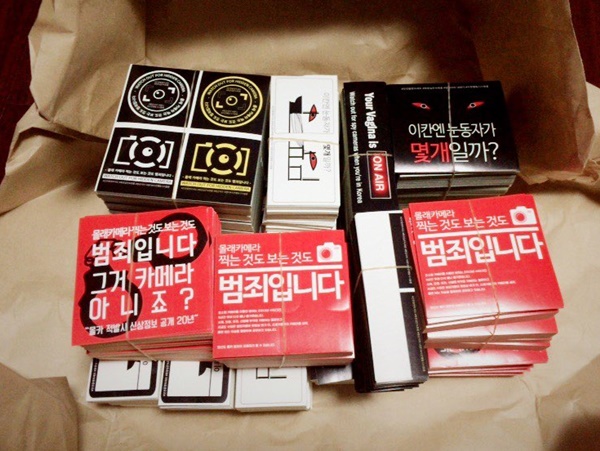 The website and several of its members are currently facing charges for criminal activities ranging from ‘hidden cam’ videos illegally shot in public places, brokering underage prostitution and drug trafficking, violence against women including genital mutilation and conspiracy in gang rape, defamation, and extortion.

Crimes brought to light include:

The Korean police has previously tracked down Soranet’s admins in 2000 and in 2004 and arrested 64 of them, only to have the site spring back with its overseas server strategy (the site’s record is currently spread over Australia, Japan and the US). This is because admins were sentenced but the site was left untouched – no jurisdiction over the site’s overseas servers remains an issue.

But one event put the spotlight on Soranet. On November 14th, 2015, a user posted the photo of an unconscious woman’s body, partly nude, along with the tagline “Whoever posts the best sexual insult against my girlfriend will be invited to participate in a rape session at a motel in Wangsimni (Seoul)”.

11 minutes later, the user posted another thread, saying “A guest has just been here and fucked her. Who’s up for another round?”, this time with a full nude body picture, possibly of the same woman. Soon after, the user posted a message announcing that he had “invited” two  men from the site, and that he would “host”similar events in the future.

As soon as the thread was posted and dozens of male users started replying , the Wangsimni police was flooded with calls from women reporting the supposed crime. However, as shocked as they were and surprised that a crime was being reported by third-party persons, they could not take action without any leads – the Soranet post had given one clue: the Wangsimni region – one of the busier areas of Seoul.

On a December 26th broadcast from SBS (Episode 1013, 그것이 알고싶다), some of the women who called in that day recalled that they “hoped it was a sick joke” but still called in, just in case.

A week later, two users posted “rape invite”threads – one of them was the November 14th user. One of the interviewed women says she pretended to be a man interested in the crime, and exchanged conversation as if she were driving towards the subway station dictated by the man, until he demanded where exactly she was. The chat stopped there. The “interviewed” men exchanged IDs on a popular dating/chat app, posting them for a few minutes and then deleting them, in order to avoid legal consequences.

The SBS broadcast also interviewed RPO, civilian organisation working on exposing the criminality of Soranet – their members concluded that on a daily average, 3 rape “invites”, over a 100 hidden-cam “girlfriend” photo posts, and 20 to 30 regular hidden-cam videos are posted.

A man, who identified himself simply by a user name, called in at the SBS hotline, claiming that he was a known ” artist”, a jargon used by Soranet members to call active users who post photos, videos or invites, and that he had posted over 500 photos or videos over 15 years on the site – in particular, referring to one of his major “works”, a hidden-cam project at a fitness center. The anonymous caller explained that within the site, such material was not considered illicit or of criminal nature. He warned the program, saying that “Soranet is not everything you see…taking the site down won’t change much”. The same man later agreed to meet the producers, and was puzzled when questioned about the ethics of his “art”. He said that when he posted photos of girlfriends, he always made sure to only post their bodies from the neck down, and even “made extra effort to photoshop away anything that might identify them – such as rings, earrings or necklaces”.

Another user, who walked away from the scene of a gang rape, explained the users’ psychology as “numbed…used to the Soranet system which rewards behaviour and words which in society would be considered heinous – the more heinous, the more the users or participants are hailed as brave and manly”. However, he also emphasised that no user felt guilty or afraid after posting pictures of their girlfriends or spouses, as they are certain they will not be held responsible and that there are no victims, since they usually do not post the women’s faces.

Soranet’s membership is based on complete anonymity. As opposed to most Korean websites, it does not require a national ID verification process, meaning that underage users can just as easily create an account.

A panel of lawyers and criminal psychologists highlight the criminality and abnormal psychology of the Soranet community as seen through the interviews of the aforementioned two users. The site acts as an enabler, rewarding and validating users’ criminal behaviour. The riskier the act is, the higher the community’s praise.

As soon as the November rape session and its repercussions went viral, Soranet’s admins issued a lengthy statement spanning 8 pages (A4). A US law specialist certified the document as written by a lawyer due to its precision and reference to specific regulations.

They stated that the site abided by Californian state law and that the media’s focus on its activities was a simple political hoax.

The site as a corporation is highly systemised and secretive. A Korean businessman specialising in the sex industry has testified to having wired a sum of money for using Soranet’s site as a reference for his own business. The bank was located in a small country whose name the businessman could not recall at the time of the interview. Multiple domain names under which Soranet has operated were purchased by a Terry Park, a man who the site claims is a legitimate businessperson of US citizenship. Recently, domains have been purchased through a new Korean name, Kay Song, who is incorporated in the Bahamas. Soranet’s mother company was traced to the Bahamas and California, but the office address turned out to be nonexistent. A multi-layer server and security contract keeps outsiders from knowing the true identity of the corporation and its owners.

The few people who have had direct transactions with the admins state that they were only allowed to contact them through e-mails or through Soranet’s internal messaging system.

In November 2015, the Korean police and politician Jin Sunmee (of the New Politics Alliance for Democracy) and head of police Kang Sin-myeong formally requested the US government for cooperation in tracking and shutting down Soranet.

Despite the fact that a Soranet Taskforce has been created in December, the site continues its activities as usual, changing domain names almost every day and announcing them to their nearly 400K followers via Twitter.

[Update: As of June 2016, Soranet has been taken down permanently.]